Five Comparisons NOT to Make for Your Book

GIVEAWAY: In two weeks time, Chuck will pick a random commenter from this post to win his book, Get a Literary Agent

Sometimes when I talk to writers, I’ll hear them try to justify a writing decision or book element by comparing their story to other published work that’s quite unlike their own project. An example looks like this:

Then a writer will say, “Did you read Harry Potter, dude? Those books were way longer than what you advise. Buffoon.”

Something like that. It doesn’t have to be about word count, but the gist is that the writer will point to a successful book, flabbergasted, and essentially say, “That book did such-and-such, and the book succeeded, so I’m certainly OK doing it that way, too.”

So with that in mind, let me throw out some personal opinions on what not to do when comparing your work to other books, especially when you’re trying to justify when your work does not need rethinking or fixing or revising.

Examine Dan Brown’s The Lost Symbol, which was published after his colossal success of The Da Vinci Code. It begins with a prologue, and then a dream sequence. First of all, agents generally frown upon prologues. But even if we give the prologue a free pass, dream sequences to start a book are universally disliked by agents and editors. (I hate them, too—except at the beginning of Total Recall, because that was awesome—but that’s a movie, and movies are different, as we shall soon discuss.)

Brown can get away with something like a beginning dream sequence because his books sell millions of copies, and people are going to buy them no matter what. He’s super established, with a seven-figure readership, so don’t necessarily try getting away with what he does in his current works—because he can make writing decisions that debut authors cannot.

This applies to all authors of today who are constantly on the fiction bestseller lists, such as James Patterson, Stephen King, Sandra Brown, and many more.

2.  Beware comparing your work to novels written decades (or more) in the past.

Look at Moby-Dick. There are some beautiful things about that book, but it’s commonly said (by me and my friends, at least) that half the book can be cut. I really don’t think that book would get published today in its current form. It would be cut down—perhaps drastically.

So don’t point to a novel written 20 years ago or 150 years ago and say, for example, “Well, that book took its sweet time to get interesting, so my book will, as well. After all, people love chapter upon chapter of meticulous description before any conflict occurs…”

Because I’m embedded in the U.S. publishing market, I believe it’s unwise for U.S. writers to look at novels first published in Sweden or Russia or Japan, and say, “Well that book did such-and-such, so I can do it that way, too,” such as, “Well that book had oodles of gore and horrific things happening on page 1—even a gruesome rape—so my book can start that way, too.”

That’s an extreme example. But the point is that comparing the literary sensibilities of Japanese readers to American readers, for instance, makes no sense, because we don’t understand if cultural differences or literary expectations/traditions separate us.

Do not think that just because a movie did something that a debut novel can, as well. They’re completely different mediums.

I wrote about this before for Writers in the Storm, explaining the difference between how a movie can begin, versus how a novel should begin the same story to best hook readers in.

This is the smallest point of the five, but one to take note of. Maybe you read a science fiction epic that spans 125,000 words, and takes great pride in its painstaking world building and description. “This is a great book,” you say, “and I can take lessons from this for my own book.” OK, fair enough (because you can), but keep in mind you’re writing a thriller, which is a genre known for moving very briskly on the page. Thriller readers aren’t usually interested in debut books of 125,000 words, nor are they interested in novels that slow down to give the writer an opportunity to flex their literary muscle in repeatedly describing the scenery and weather.

One Thing You Should Be Doing

I’m taking this point directly from agent Sara Megibow of KT Literary, who said it to writers at a conference in 2014. Megibow was critiquing the unpublished first pages of writers, and urged conference attendees to “read debut novels in their genre published in the last two years.”

It’s a great point, because by following her advice, writers will:

Don’t get me wrong. You can read bestsellers and foreign novels and the classics, and learn good writing practices and excellent voice from all of them. Go for it. But if you find yourself trying to justify a decision or two or three (odd word count, unlikeable main character, story moving too slow, unorthodox point of view, starting with six prologues back-to-back, etc.) simply because another story did it and succeeded, ask yourself: Should I not be pointing to that story, because the book in question isn’t in the same ballpark as my own?

Do that much, and help your chances of getting published.

Do you have a tip to share about what to do--or what not to do--to get published?

Don't forget the giveaway! In two weeks Chuck will pick a random commenter to win his book, Get a Literary Agent. 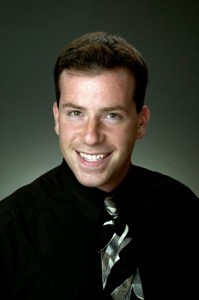 160 comments on “Five Comparisons NOT to Make for Your Book”