As writers, bringing this truth to the forefront of our plotting (if you do that) can add layers of character development and plot richness to our work. An added bonus is the punches of emotional impact that keep your readers connected to your characters. If you want readers to keep turning your pages even when they should be doing other tasks, you have to make them feel for, and with, your characters.

What I’m talking about is the micro-concept of the scene-and-sequel plot strategy. (I’m a pantser, so don’t worry that you must have pages of outlines and plotting boards to do this.) For those of you not familiar with scene-sequel, the basic idea is action in the scene, then reflection in the sequel. This keeps your readers from burning out from nothing but action, action, action. The bonus? The sequel is a built-in space for you to show your character reflecting, adjusting beliefs, and making the next decision-which propels you into the next scene.

Warning: I’m going to use some author vocabulary next. Don’t worry if you don’t know the terms, you can click on the links for short definitions. Or you can ask me for clarification in the comments.

At the beginning of your book, the inciting incident propels your protagonist into action. Maybe your hero has a choice to stop and help a stranded motorist in a single-car accident. That choice is the initial propellant for your story. The inciting incident doesn’t have to include fireworks and a band. Touching back to the impact of a small choice can be a very powerful tool to move a story forward, all the way to the last page.

These small steps are what make a character real, not "cardboard."

Maybe your inciting incident casts your hero into a situation without choice. In my book, Keeping Athena, the heroine crashes her fighter ship on an asteroid–in enemy space. She doesn’t have a lot of choice in her new situation. It’s pretty obvious she just wants to get home. But the small decisions she makes to get home reveal her character, her fears, her flaws, and her drive. The antagonist's small decisions reveal the same for him, forcing Athena to revisit her opinion of him throughout the book.

In seconds the atoms of her body would be dispersed to Agra-only-knew what quadrant.

Does it make you think about your last thought? Does it tell you anything about her?

Her next conscious thought, upon waking to a dark presence towering over her:

“I track this is life after death. I need a location beam, that’s all.” Athena did her best to sound indifferent, though her heart revved like an engine ready to blow. 'Which is it, heaven or hell?'"

Later, when she finds out she's alive, on a proto-farm asteroid in enemy territory, her response to her rescuer:

She’d died and ended at a farm on an asteroid? "Well, this is definitely hell."

Athena believes Drake is an ignorant itinerant space farmer. For a couple of chapters. Then we get a glimpse of a decision.

Why should a part-time space farmer intimidate her? If that’s all Drake was.

By seeing the small changes in her thinking, the reader can anticipate what will happen next. That's where twists become fun...but that's a whole new blog.

Here are Drake's thoughts upon discovering her, near death, in her crashed craft:

What little hope he had of finding the pilot alive, disintegrated. With a bit more luck, he would have had an Agran prisoner to question.

He carries her inside the station, thinking she's a mere child because she's so small, then he removes her flight suit and discovers she's female.

The brainless farmers are sending little girls to fight us!

Later, at the suggestion he torture his prisoner for her knowledge:

His fist tightened at the thought of subjecting the girl to physical pain and mental anguish to gain scraps of military intel. Put her back in her ship, though, and he’d have no hesitation about frying her.

She looked so tiny and innocent curled on his bunk—incapable of the mayhem caused by Agran pilots of the class of ship she had crashed.

Later still, he starts comparing her to women he knows:

No female Crewmember would offer to clean after a meal. Yet, to this woman, the act appeared quite normal.

Drake's starting to fall for her:

How had he missed the radiance that surrounded her?

Small decisions, small changes in thoughts or perceptions make your story accessible, like breadcrumbs for the reader.

Ever want to throw a book across the room? If it was a romance, probably the author didn't share the small changes that led to a one-hundred-eighty degree turn in the hero's initial feelings for the antagonist. It takes us time to solidify our emotions, with a good amount of back-and-forthing, even if it's love at first sight. (I know this. After our first date, my husband told his best friend he was going to marry me. Believe me, it wasn't a rose-strewn path to the altar!)

In education, it's called scaffolding, a ladder to bring the learner to the point she needs to be to understand the new concept. No matter what we call it, showing small decisions, small changes in beliefs and small movements on the emotional scale makes a twenty-thousand, eighty-five thousand, or a hundred thousand word journey engaging, believable, and memorable.

And that's why your next book gets purchased.

Do you have a character who makes a small decision that is life-changing? If you were to write your life story, what decision would tell us the most about you at that time? 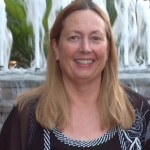 Fae Rowen discovered the romance genre after years as a science fiction freak. Writing futuristics and medieval paranormals, she jokes  that she can live anywhere but the present.  As a mathematician, she knows life’s a lot more fun when you get to define your world and its rules.

Punished, oh-no, that’s published as a co-author of a math textbook, she yearns to hear personal stories about finding love from those who read her books, rather than the horrors of calculus lessons gone wrong.  She is grateful for good friends who remind her to do the practical things in life like grocery shop, show up at the airport for a flight and pay bills.

A “hard” scientist who avoided writing classes like the plague, she now shares her brain with characters who demand their stories be told.  Amazing, gifted critique partners keep her on the straight and narrow. Feedback from readers keeps her fingers on the keyboard.

When she’s not hanging out at Writers in the Storm, you can visit Fae at http://faerowen.com  or www.facebook.com/fae.rowen.