“Happy families are all alike; every unhappy family is unhappy in its own way,” wrote Leo Tolstoy in 1877, in the memorable and beloved opening to Anna Karenina. But lately I’ve been wondering if perhaps the opposite isn’t true—that people are happy for all sorts of reasons, but unhappy for only one: that life isn’t fair.

Either way, I love such pronouncements. They make me think. I am drawn to discussing the latter here because if there is an industry one might choose that perfectly exemplifies unfairness, it is the one in which every reader of this post is engaged. And when you think about it, the publishing frustrations that make us feel whiny boil down to a variation on one sentence.

It is not fair that this other author got _______ (an agent on her third query, a sale without a synopsis, a hard-cover edition, a three-book deal, on the New York Times list, a six-figure advance, any sort of promotional budget or creative marketing, so much mainstream media coverage, such rabid fans, so many Amazon reviews, such distinctive awards, so many foreign rights sales, a movie deal, a five-city or five-continent book tour, or genes that keep her slim despite the fact that she puts in just as many hours behind the computer as you do and posts just as many Facebook photos of wine and chocolate) and I didn’t.

Tell me you’ve never uttered a single one of these things, at least in private.

Publishing has always been a highly selective industry.

Not everyone will find representation.

Not everyone will get published.

Not everyone who gets published once will publish again.

Not every book can get every kind of promotion or recognition.

Some foreign publishers won’t care what you write, just as many of the American ones didn’t.

It is not possible for every career to look the same.

In times of great disappointment, this conclusion will still make sense to the left side of your brain, even as the more affective side dissolves into a hot mess.

Imagine this next sentence in a dreamy voice:

Oops. There are problems with that.

If no one were ever thrust into awkward, humiliating, or painful situations—if none of us were ever beaten down by life’s unfairness—even we would have no need for stories in which our beleaguered hero would rise again and prevail. For stories that expose pockets of hidden richness. Stories with twists that show there isn’t only one highway to a happy ending. Because despite the way Tolstoy set up his story, characters, like determined real-life people, can find happiness in all sorts of ways.

The injustices we suffer make us want to set things right. Overcoming obstacles is the only way we can know, to paraphrase the opening of another classic—Charles Dickens’ David Copperfield—“whether we shall turn out to be the heroes of our own lives.” We feel most successful when an unfair system leaves us the momentary victor.

To develop the even keel that will drive us ever forward, writers are left with the complex task of accepting all of the following:

I know it hurts when others get recognition that you desire. (Not “deserve,” mind you—in the absence of a meritocracy, that word helps no one’s spirit.) The next time you want to melt into a weepy mush, go ahead and mutter the words—Life isn’t fair—because it’s absolutely true.

But then dry your tears and add: Thank goodness.

Let’s get real. Have you mastered the art of being truly happy for the accomplishments of fellow authors? How have you used your disappointments to drive you forward? 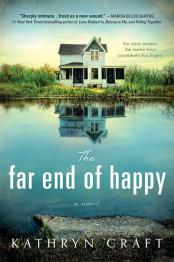 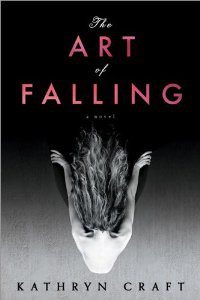 Kathryn Craft is the author of two novels from Sourcebooks: The Art of Falling, and The Far End of Happy.

Her work as a developmental editor at Writing-Partner.com, specializing in storytelling structure and writing craft, follows a nineteen-year career as a dance critic. Long a leader in the southeastern Pennsylvania writing scene, she hosts lakeside writing retreats for women in northern New York State, leads workshops, and speaks often about writing.

Kathryn lives with her husband in Bucks County, PA.