Fishing Out Your Manuscript Hook

Congratulations, you did it! You typed “The End”. Finite. Have a glass of wine, heck have a bottle. Now, polish it up, send it out to agents, maybe editors. Maybe you get a few rejections, no problem. Maybe a few more. Maybe they sort of hinge around one thing: It didn’t grab me like I’d hoped. You scratch your head, what does that even mean?

Sometimes a hook can come out of the blue and you build a book around that. I’ve done that. Twice, actually. I happen to love first lines, it’s my favorite part of writing a novel. Other times you just start a novel at the beginning and tell the story. How do you grab your reader? And what does that even mean, anyway?

One of the best hooks I’ve read in contemporary fiction is Joshilyn Jackson’s Someone Else’s Love Story. The first line is: "I fell in love with William Ashe at gunpoint, in a Circle K." I love this line. I love that she fell in love. I love that we don’t know if William Ashe was holding the gun or not. I love that it was in a Circle K, but that might be because I’m from the North and love a lot of things Southern. There’s this great opening line, then, "It was on a Friday at the tail end of a Georgia summer so ungodly hot, the air felt like it had all been boiled red.We were both staring down the barrel of an ancient, creaky .32 that could kill us just as dead as a really nice gun could."

Great voice, great imagery, appropriate use of snark. But who in God’s name is William Ashe? I need to know. Jackson then does an interesting thing where she winds the clock backwards. Three paragraphs down, we’re at her mother’s house analyzing a portrait of Jesus.

I love this hook because I think it hits on the hook trifecta:

If you can deliver all three in the first few lines, you have a successful hook. Easy peasy, right?

So you have this big great manuscript, and now, if you use Jackson’s example, you can start anywhere you want. Seems overwhelming. Maybe.

Here are four tricks for fishing out a great hook:

The Random Thought: Does your character have a tic? A strange thought? A weird fascination with dung beetles? Open with it. Get us right into their head. Make us love them in spite of, no because of, their weirdness.

Gone Girl comes to mind: "When I think of my wife, I always think of her head."

Look at the first ten pages, hell the first thirty! What is the weirdest thing going on in your character’s head. Plunk us into it and wind back.

The Climax opener: This is a popular thriller technique. Open with the book’s climax. We’re crouching behind a garbage can, holding a bloody gun listening to footsteps thunder past, our blood in our ears. Yes. This works. Sometimes.

A great example is thriller writer Harlan Coben’s opening line in No Second Chance: "When the first bullet hit my chest, I thought of my daughter."

Mystery? Check. Sympathetic character? You bet. Look at your climax, is there a line you can pull from there?

Voice. Voice. Voice: Is Voice your strength? Do you write with a stylistic southern twang or an angsty, sarcastic teenager? Is your hero a cowboy with an affinity for four-letter-words? Put their voices first.

I think of John Green’s The Fault in our Stars: "Late in the winter of my seventeenth year, my mother decided I was depressed, presumably because I rarely left the house, spent quite a lot of time in bed, read the same book over and over, ate infrequently, and devoted quite a bit of my abundant free time to thinking about death."

If you continue to read the first two pages of TFIOS, you fall in love with Hazel. Her irreverence, her practicality in the face of adversity, did I mention her irreverence?

The PAGE 40: This works, I promise. It’s also kind of my favorite opener. If you’ve ever done a beat sheet on your novel (From Blake Snyder’s Save the Cat), somewhere around ten thousand words is the point of no return. This falls roughly at around page forty (really anywhere from page thirty to page fifty). This is where the novel turns on its heel and becomes truly interesting. [Minor spoiler alert] If you go back to my first example, Someone Else’s Love Story, William Ashe comes back into play and saves Shandi’s son’s life on page thirty-four.

In my own novel, Binds That Tie, the opening line is "She hadn’t meant to kill him." And on page forty, you find out why and how the main character killed a man.

In The Husband’s Secret, it opens with Cecilia holding the envelope -- "It was all because of the Berlin Wall." Skip to page forty-four and she’s on the phone with John-Paul. He says, "Have you opened it?"

It’s not exact. But it actually works.

The point is, if you’re careful about your pacing (or counting beats) somewhere between 10-12K words, there’s probably a great attention grabber. The moment when the main character makes a life-changing decision.

Bring it to the front, let us meet them in their agonizing moment, then rewind the clock.

No matter the path you choose, whether you go with plot or voice or character or the PAGE 40, somewhere in your written and polished novel exists a fantastic hook.

You just need to fish for it.

How do you fish out your hook? 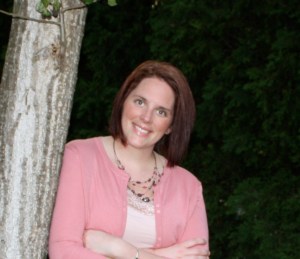 Kate Moretti is the New York Times Bestselling author of the women’s fiction novel, Thought I Knew You. Her second novel Binds That Tie was released in March 2014. She lives in Pennsylvania with her husband, two kids, and a dog. She’s worked in the pharmaceutical industry for ten years as a scientist, and has been an avid fiction reader her entire life.

She enjoys traveling and cooking, although with two kids, a day job, and writing, she doesn’t get to do those things as much as she’d like. Her lifelong dream is to buy an old house with a secret passageway.

31 comments on “Fishing Out Your Manuscript Hook”