Story and the Longest Night

As I reflect upon the challenges 2015 thrust upon me, the dark chill of the winter solstice sets an appropriately gloomy stage. It wasn’t all bad, of course. May 5th brought the publication of my second novel. Other highlights existed. But much of my year was marked by accumulating personal loss, professional disillusionment, and financial setback that rocked my typical equilibrium and sorely tested my optimism. For kicks and giggles, at the end the Universe threw in a badly sprained wrist, which even now is turning my typing into a painful scramble.

On most days I shore up my faith by thinking of myself as a character plugged into a story so grand that I’ll never have access to the whole of it—at least not while I still reside in this earthly realm. But I had lost my ability to meet adversity with any form of equanimity. As the nights grew longer grief had me holed up, detached, and unable to find my footing.

Is that enough whining for you? It’s enough for me. Good riddance, 2015. I don’t even want a do-over. I want to move on.

But moving on isn’t so easy when your resources are drained, is it? Inspiration flees. Creativity shrivels. Problem solving eludes. How, exactly, do you turn whine into gold?

I found solace in the form that never fails to inspire: story.

Here are some of its many healing elements.

Story creates meaning. In story, tough circumstances can create a purposeful progression toward a final note of hope, even when the protagonist herself cannot appreciate this.

Characters will always reveal themselves. Even when I was clearly in no shape to pen a magnum opus, and wasn’t feeling at all like myself, there were many less demanding tasks that reminded me of my character. I taught a few workshops. Recommended a worthy new author to my agent. Blurbed a debut novel. Signed stock at my local indie bookstore. Continued to support my fellow authors with reviews and social media promotion. Helping others is like opening a spiritual faucet that allows a backflow of grace in your direction.

A story has more than one character. Even in the movie Castaway Tom Hanks’ character had a relationship with a volleyball. I was not alone in my slog through the grief’s mire; others have blazed a well-worn path to firmer footing.

Change always requires conflict. Unless we-as-protagonists want our stories to end in the same place they began, we must change. Change exacts from us many deaths: our outgrown roles, our old ways of thinking, our expectations of how we thought our lives and careers would progress. Death is hard to accept—that’s why we’d rather read or write about it rather than struggle with it ourselves.

Conflict is inevitable. Because no two characters are identical in backstory motivation, personality, or spirit, how they pursue their goals will eventually cause their paths to intersect in a way that causes conflict—even if they’re on the same team. Story encourages us to accept this inevitability.

A good story is always hardest on the protagonist right before the climactic fight. You can only take so many hits lying down. Living through my own dark moment made me see it was time to get up and fight for the life I want.

I do not intend to suggest that reading a story will heal those suffering from clinical depression, which requires medical intervention. But 2015 reminded me that there are times when even the most diehard optimists can’t see beyond the crush of external complications. Somehow I forgot story’s promise: that the most impactful gifts can smell like fear, taste like defeat, and sound like heartbreak. These gifts can be poured into a new story. They can change us, perhaps painfully, but for the better.

We live within seasons of change. In the coming weeks the sun will rise earlier each day, and stories will continue raising new questions. Even at the end of a beloved plot line, readers and characters alike wonder: what will happen next?

Let’s find out, shall we?

Happy New Year to all of the readers here at Writers in the Storm!

What are you happy to leave behind in 2015? What are you approaching with optimism in 2016? 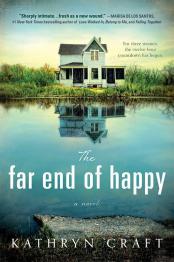 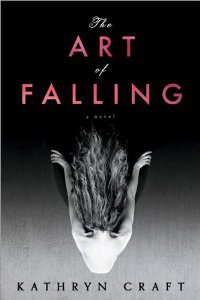 Kathryn Craft is the author of two novels from Sourcebooks: The Art of Falling, and The Far End of Happy.

Her work as a developmental editor at Writing-Partner.com, specializing in storytelling structure and writing craft, follows a nineteen-year career as a dance critic. Long a leader in the southeastern Pennsylvania writing scene, she hosts lakeside writing retreats for women in northern New York State, leads workshops, and speaks often about writing.

Kathryn lives with her husband in Bucks County, PA.

30 responses to “Story and the Longest Night”